Single women have long been a powerful force within the first-time home buyer segment. In fact, it is the fastest-growing segment of the housing market, increasing 30 percent since 2010. According to a new study from LendingTree, in the nation’s 50 largest metros, single women own about 5.2 million homes in the U.S., outpacing single men homeowners by 44 percent. Not one metro has more single men owning homes than single women.

The study also showed that single women are much more likely than a married couple to purchase a townhome or condo. And, more than any other household structure, single women referred to the convenience to friends and family as a factor in choosing their neighborhood.

Additionally, the National Association of Realtors 2019 Home Buyers And Sellers Generational Report on real estate sales shows that single women across all age groups were buying homes at almost twice the rate of single men. The highest percentages of single female buyers were found in the 54 to 63 years and 73 and older age groups. However, younger women are buying as well – 15 percent of homebuyers under the age of 28 were single women, 11 percent in ages 29 to 38 and 17 percent in ages 39 to 53.  This is somewhat surprising considering that in 2020, women were making only 81 cents for every dollar a man earned, according to research by PayScale.

In truth, the pandemic has accelerated the overall urgency for many people to buy homes. Buyers are seeking housing with more rooms, more square footage and more yard space, as they have adopted exercising and working from home more. With record-low mortgage rates, and more savings from less traveling or eating out, buying a home during the pandemic made sense for a lot of Americans.

While the market remains very active, it’s still a great time to buy a home. For anyone considering buying or selling a home during these challenging times, a trusted real estate professional is crucial to ensure your experience is efficient and straightforward.  The agents at The Platinum Group, Realtors have spent time growing and refining their knowledge, and are ready to share their expertise, knowledge on market conditions, and skilled negotiation techniques. 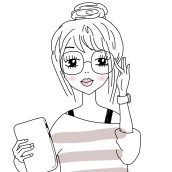